On the Road with ACACommunities – Vexus Fiber 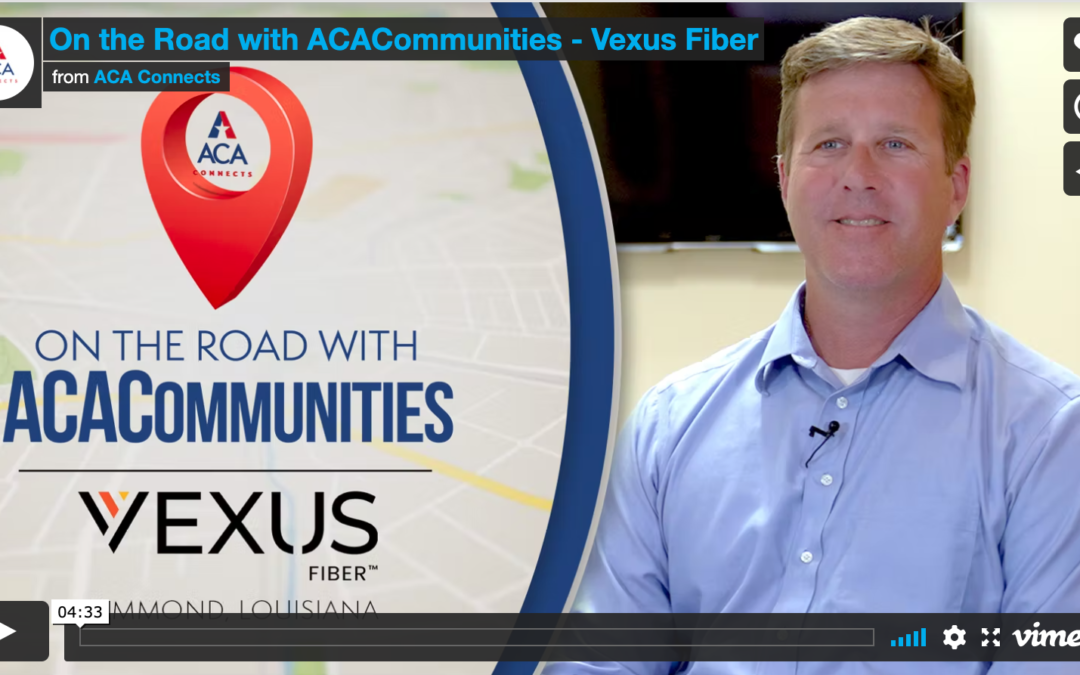 Vexus Fiber (which just announced a merger with MetroNet) is an ACA Connects Member deploying fiber-rich broadband networks across the southern tier of the United States — territory stretching all the way from New Mexico to Louisiana. The goal is simple: Target communities most in need of fiber, not those seeking a second or third choice with top throughput speeds.

In this ACACommunities video, Vexus leaders underscore the need to bring service to the unserved.

The approach adopted by Vexus is greatly appreciated on shores of Lake Pontchartrain.

“They’re always very willing to help where we need help as far as jumping in on commitment to grant opportunities,” said Tangipahoa Parish President Robby Miller. “They have been a very good corporate partner and citizen to our community as a whole.”

Elaine Partridge, Vexus VP of Special Projects/eCommerce, said the company is laying 100 miles of fiber a year on the north shore of Lake Ponchartrain, a boon for construction crews. “We’re tripled our workforce,” she said.

There’s more to come, Partridge said: “We’re heading south to the Rio Grande valley with a big project down there near McAllen, Texas.”

Find Exclusive Offers Just For You

We are proud to announce that
NTS Communications has become